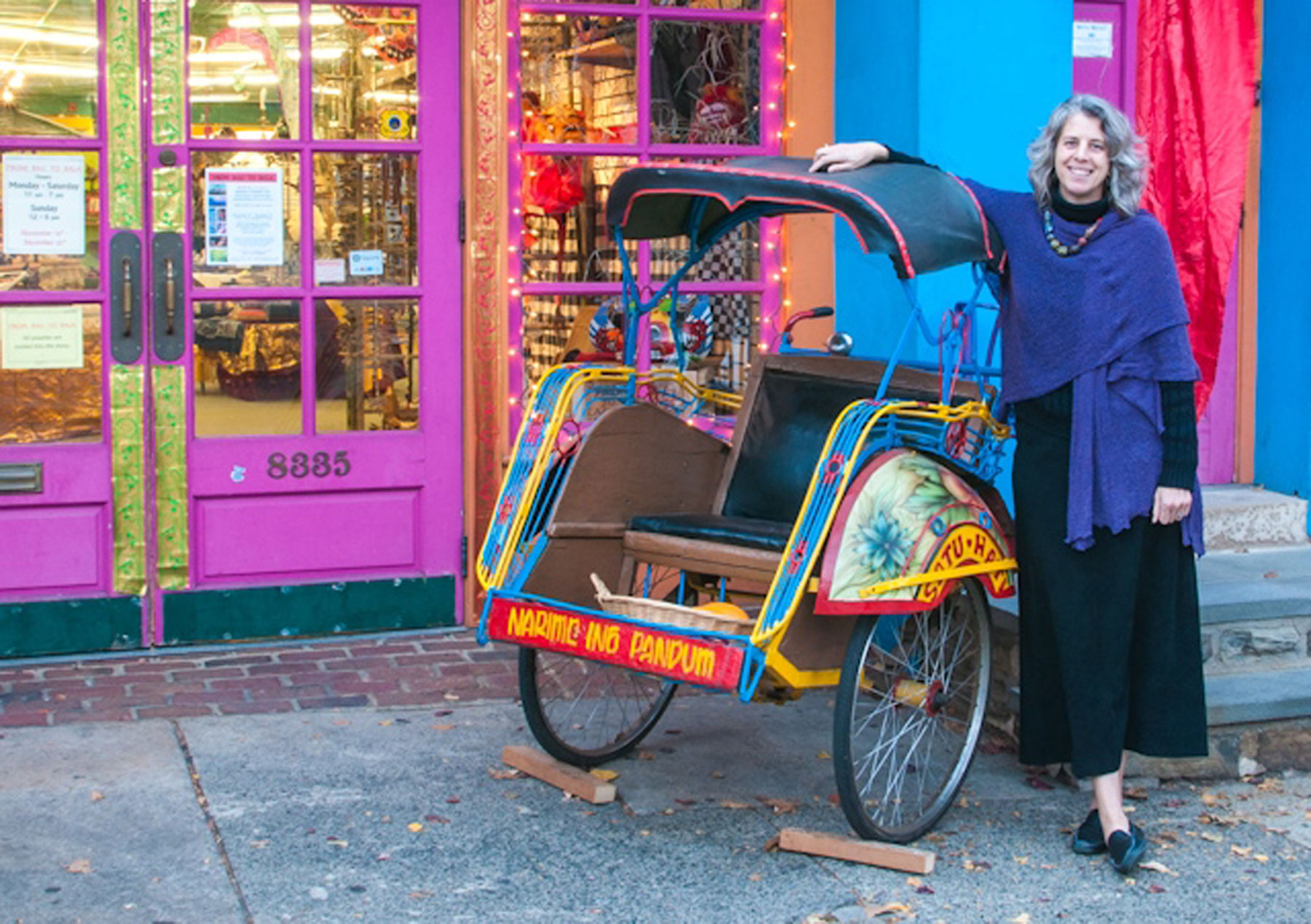 As part of our mission, we donate a portion of our proceeds each year to support Indonesian non-profits in need here in the South Philly Indonesian Community, but primarily to Indonesia NGOs (non-governmental organizations). Here is a list of some of the groups we have given to over the past dozen or so years. Click on their names and link to their websites to learn more about these worthy causes that are dear to our hearts.

The Plastic Exchange is a Balinese NGO (non-governmental organization) whose founder, Made Janur Yasa, was named a CNN Hero, a highly-competitive and internationally-known honor. The Exchange encourages old and young islanders to collect plastic waste from across the island that, when turned in, is exchanged for rice.As such, it helps solve two problems – hunger and pollution – while strengthening communities and intergenerational ties across Bali.

The Orangutan Tree Project helps restore vital rainforest habitat in the Island of Borneo, one of the few places on earth where orangutans live. It’s also one of the last chances to save this endangered – and endearing – species.

Institut Mosintuwu was founded as an effort for women in Sulawesi – from different faiths – to work together and fight intergroup conflict on this Indonesian island. From that beginning, the Institute has grown to provide a broad array of human services and educational projects to help families and villages thrive in peace.

East Bali Poverty Project While many of us view Bali as a paradise on earth, parts of this beautiful island aren’t thriving at all, but are rarely seen by outside visitors. The East Bali Poverty Project helps residents in this poorest region of the island by providing nutritional improvement, educational initiatives, health awareness and outreach, and more – real actions that help real people.

IDEP Foundation is committed to ensuring that people and the earth can live in harmony, and it addresses social and economic problems without compromising Bali’s intricate ecology. From its local origins, IDEP’s permaculture, disaster management, and educational initiatives have spread throughout Indonesia, and beyond.

Trees4Trees Deforestation is a critical issue not only throughout the world, but in Indonesia in particular. Yet, Indonesia is not a wealthy country, and many feel they have to cut down the forest to survive. Trees4Trees works to improve the environment and the lives of people through planting trees, education, and related services, bringing a better live to the earth and to ourselves.

Kopernik Nicolaus Copernicus changed the way people see the world by placing the sun, rather than the earth, in the center of the universe. To honor the values of this revolutionary thinker, Kopernik was founded under the tenet that ideas and potential solutions for human problems should be demonstrated before large investments are made. In particular, it wants to be sure that approaches to alleviating poverty work, and then helping to implement the best of these.

Bumi Sehat was founded by Robin Lim, who had the vision to work in partnership to improve the quality of life for underserved populations, and to combat Indonesia’s high maternal and infant mortality rates. As a result of her work, and her founding of several community health education and childbirth centers, Robin Lim was recognized as CNN’s Hero of the Year in 2011. This honor not only raised her profile internationally, but also – and more critically – enabled her to continue and strengthen her work to the benefit of women and their children.

Dompet Dhuafa is an Islamic, philanthropic institution that empowers the poor. It meets this mission through an approach that honors the dignity of the recipients, emphasizes community-based social justice, and fosters sustainability. It succeeds by emphasizing education, health care, economic development, the honoring of culture, and strengthening ties among those who benefit from its services.

YKIP Parents worldwide understand that education has a critical role in breaking the cycle of intergenerational poverty. In Bali, YKIP helps children from economically disadvantaged families, social groups who suffer from disaster, children with physical disabilities, and those who have lost a parent or who are orphans to secure education, stability, and community support. This, in turn, enables them to grow and become educated, successful, empathic adults.

New Sanctuary Movement of Philadelphia A local city organization that works to end injustices against immigrants regardless of immigration status, express radical welcome for all, and ensure that values of dignity, justice, and hospitality are lived out in practice and upheld in policy.

SEAMAAC is a nonprofit that supports and serves immigrants, refugees, and other marginalized communities as they seek to make a better life for themselves and their families in the United States. Located in South Philadelphia, where many immigrants from Indonesia and other lands live, SEAMAAC offers programs in health, hunger relief, human services, and other activities to help their clients better contribute to bothPhiladelphia in particular, and the United States in general.