Raising my Eyebrows to you with love
766
post-template-default,single,single-post,postid-766,single-format-standard,stockholm-core-2.0.5,select-child-theme-ver-1.1,select-theme-ver-6.4,ajax_fade,page_not_loaded,,qode_menu_,wpb-js-composer js-comp-ver-6.4.1,vc_responsive

Raising my Eyebrows to you with love 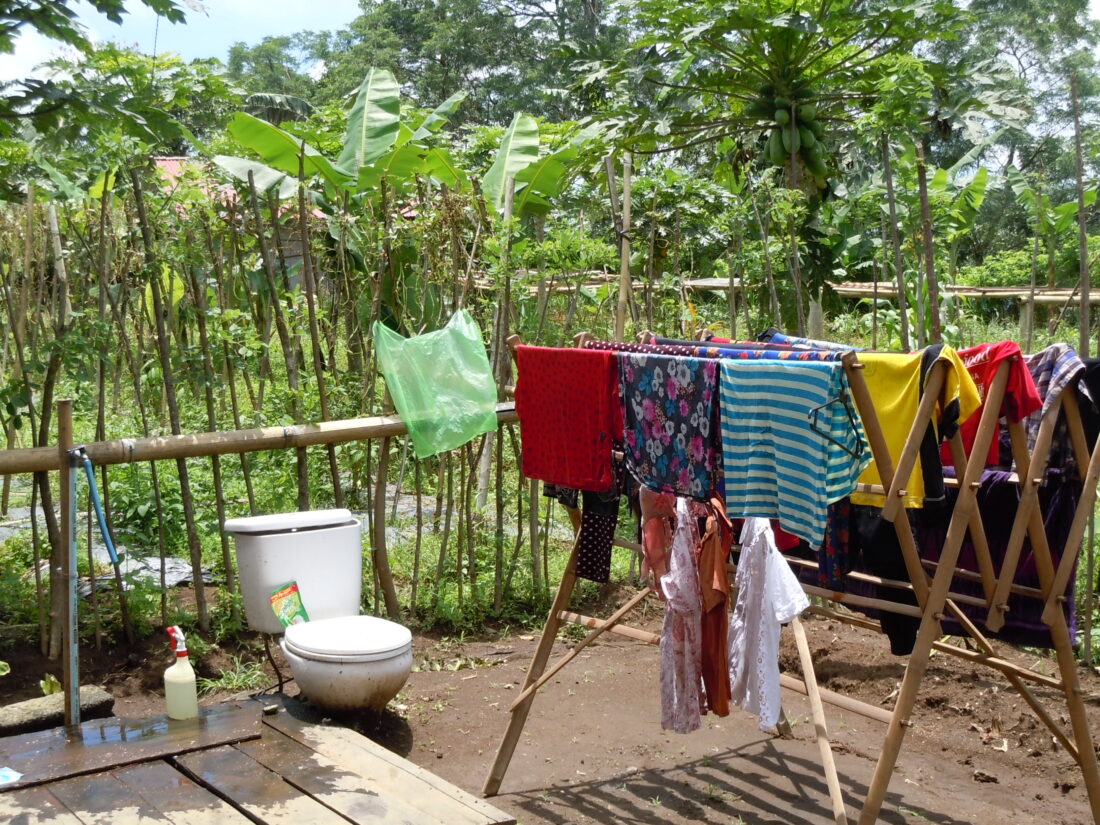 Raising my Eyebrows to you with love

An afternoon storm just blew through leaving soaked pavement, damp skin, and cooler breezes.  The sky is still deep grey blue holding onto more humidity and the wind whips through the tops of the trees helping the leaves to shimmy to and fro.  I am finally sitting down at my dear friend Kadek’s computer in the back of his family compound to write my missive of the past few weeks of non-stop work, being, loving, laughing, and taking it all in to every pore of my soul.  Get ready for the ride, in no particular order, here we go……

The rice fields or padi (pronounced padee), outside my bedroom terrace where I stay in Ubud, are flooded between plantings, and waiting the next young rice shoots to be thrust into the wet muddy soil by an ancient farmer who has worked this land for a long, long time.  Because of its flooded state now, it is the perfect home for the ducks whose job it is to eat the bugs and weed plants which help prepare it for the next stage of life.  The ducks or bebek are integral to the farmers, and the rice – hence the substance of the Balinese diet – growing cycle.  Loudly announcing their arrival every morning to the padi, they wake me with chatty conversation, sounding rather opinionated about whatever they are quacking on and on about.  Feathers of malted browns, pure white, deep black and iridescence with a white tuft on the neck, they make a multi-raced looking flock as they move in unison along the mud walls that separate the padis one from another, then jumping into the pools of collected water and mucking about , heads and necks diving for bugs under the water’s surface the way we bob for apples in a barrel.  I have always been fond of ducks, but in Indonesia they charm me even more because of their quirkiness, attitude and role in the cycle of nature here.  Quack, quack, quack.  This morning as a background to the ducks chanting was a group of children in a singing group across the field themselves quacking out the chorus of BINGO, BINGO, BINGO and BINGO was his name Oh!  Such a perfect background and layering of sounds between humans and nature.

After working five days straight from 8 a.m. until 7 p.m. in our best efforts to support the craft production of Indonesia, we (my dear love Connie and I who meet and shop together every year) took a well deserved rest for a few days.  With my friend Lisa visiting from Philadelphia, I was able to have a friend along for an adventure outing, and we took a great bike ride from up in the mountains riding 25 kilometers down, down, down, towards our home base in Ubud.  Starting with a fresh yummy breakfast overlooking the rim of the volcano Mt. Batur, my home away from home where I have spent many a moons over my 27 years in Bali, a blanket of low lying clouds covered the lake at the bottom of the crater.  By the time I finished my black rice pudding (YUMMY!) the clouds had dissipated and instead were reflected off the glass surface of the Lake Batur below.  Our first stop down the mountain was at an agro tourism farm where they serve and sell coffee products they produce, most famously Kopi Luak (Civet Coffee).  This “pooh coffee” (pronounced “fooh coffee” because Indonesians don’t use the letter P so they say F instead) refers to the seeds of the coffee berries once they have been eaten and pooped out by the Asian palm civets, ferret like animals.  As gross as it sounds, and at almost $5 a cup here in Indonesia, it is the most expensive coffee in the world.  But Lisa convinced me to try it with her, whenever would she have the chance again to try pooh coffee?  It was, as I had heard, so delicious.  Smooth and rich….and worth every penny.

Onward we cycled out down the mountains winding on small roads we refer to as “mouse roads” rather than the main thorough fares that run north and south from the volcanoes down to the lowlands transporting loud trucks of sand and gravel to build the many new roads and hotels to that support the over development of southern Bali.  The idea of riding a bike on those roads is beyond crazy, I sometimes quake at  even being in a car with an experience Balinese driver, as the truckers then to think they own the roads, and shoulders as well.  As we wove through tiny hamlets between rice fields and small farming communities, all the while gliding downhill on two thick tires, straddled by good but worn hand breaks to keep me from careening too fast, it was an effortless and joyful ride.  My face hurt from smiling back at the locals whose eyes I caught easily as they shouted “Hello” to the white tourist zooming by.  When our pack of 10 cyclist would pass troupes of school kids leaving school, all dressed the identically in their crisp white shirts, red ties, and matching shorts, they would hold their hands out as our packed slapped them high five as we all sped by.  One of the most special things I love about Indonesians, and hence deeply miss when I return to the US, is the unique way they greet one another.  No need to smile really, but instead direct eye contact is made, and then both eye brows are raised in unison.  This is the familiar form of hello, and quite contrary to places where making eye contact is often too personal, or vulnerable, or just interpreted as rude, avoiding eye contact at all costs.  Here in the land of smiling eyes, my eyebrows get a workout all day long.

Connecting to the rural part of the island on back roads, where people scrape by living off the land and look for viable work in the distant city, my heart still soars at coming across a local Balinese temple in a village all decked out in flowers, and bright red, yellow, black and white checked, and gold cloths in preparation for ceremony. Finally after 25 kilometers, the rain pour down on us and gave us the excuse not to choose the “optional” 6 kilometer ride uphill to our final destination, a restaurant (we hopped in the sweep van) where we celebrated on a delicious local Balinese lunch.  Hardly needing all the calories to refuel after the effortless downhill ride, we feasted none the less on traditional smoked duck, and other Balinese delicacies.  And the afternoon storms showered us and cleansed us as we were shuttled home, all unified as a peloton of cyclist, not all that different from the tour de France….but the tour de Bali.

I could go on with more stories of the past weeks: like about the amazing free concert given by a very famous Indonesia rocker whom I love, and last saw in concert in 1990, Iwan Falls.  Because it was free, and he still sings with a golden voice and rocks like the 30 year old he was back in the day, he has a following of young and old alike.  My dear friend Meghan and I were just two in the crowd of over 90,000 loyal listeners (yes I said ninety thousand), only a few white skinned bodies in a sea of light brown mostly young men.  The setting was in a public outdoor convention space in south Bali, carved into the hillside with 50 foot cliff walls funneling people into varying huge football field spaces dotted with giant screens screening live film of the live show.  Around every illuminated cliffside was another massive crowd of several thousand thick.  The mere idea of this to most is probably overwhelming.  But for me, being surrounded by such a crowd reminded me of the real Indonesia; sometimes I am up in Ubud and surrounded by many expats, foreign tourist, and yoga devotees, I wonder where all the locals abide. There, remembering that Indonesia is the most densely populated country on earth, I felt totally alive and peacefully ecstatic.  We even had back stage passes (Meghan has friends in high places) but we never even got close to the stage as we flowed through the masses taking it all in.  Such a night will deeply and forever be etched in my memory.

Closing now to head home and bathe.  I am sending all my love from my beloved here to you all in my beloved there.  I am looking into your eyes and raising my eyebrows to you.